This week some pretty big news was announced in the fields of physics and astronomy. Specifically, for the first time ever gravity waves were detected. Einstein predicted the existence of gravitational waves but no empirical data was ever collected to confirm this until this past week.

Essentially astronomers detected the gravity waves generated by the merging of two black holes more than a billion light years from Earth. The two detected black holes were orbiting around get other, getting closer and closer, moving faster and faster until they merged in a burst of gravitational waves. What is particularly interesting is that this emission was so intense within a fraction of a second that it generated more energy than the rest of the universe COMBINED. 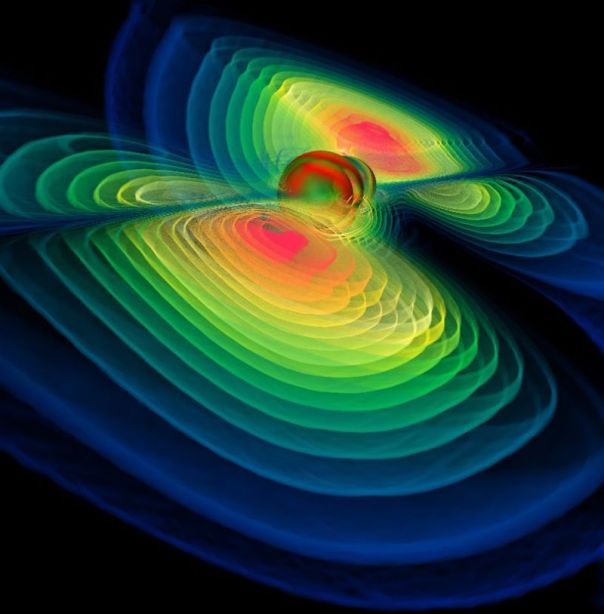 The merging of two black holes more than a billion light years away from Earth provided the data needed to detect the existence and confirmation of gravitational waves.

Through the detection of these gravitational waves we may discover new ways of probing the universe. This may open the way to a better understanding of the nature of dark matter and dark energy. According to one astronomer working on the project it’s a way of “listening” to the universe rather than just observing it. However, once we know the language of our space-time, do we really want to know what the universe has to say?

Finally, I do want to suggest this this may be the merging of two black holes and the generation of the incredible amount of energy, accompanied by gravitational waves, may be one of the ways the Old Ones enter our reality. If this burst of energy could be extended beyond a fraction of a second, the Old Ones may be able to completely manifest and adapt to our space-time. In turn, the Old Ones may able to overcome their “weakness” in our space-time and then maybe Cthulhu would truly awake in R’lyeh.