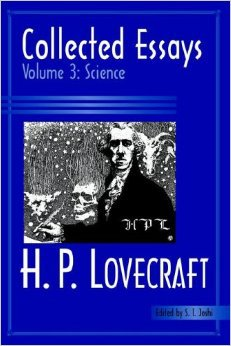 One of H.P. Lovecraft’s loves in life was astronomy and before he became a master of weird fiction, he observed and documented the events of the night sky.  Much of what he documented and wrote about can be found in S.T. Joshi’s Collected Essays, Volume 3: Science by H.P. Lovecraft (Hippocampus Press; 2005). There is a lot of astronomical activities in November 2016 so I thought I would bring them to everyone’s attention.

Jupiter can be observed in the predawn hours in November.  Additionally, Venus can be seen as a very bright, white object in the early evening, western sky.

Currently, the Leonid meteor showers are underway, which will peak in the predawn hours of the 17th of November and end around the 3rd of December.  The Leonid showers is the remnants of material left behind from repeated passages of Comet 55P/Tempel-Tuttle crossing Earth’s orbit (www.weather.com). Lovecraft frequently observed and documented the Leonid “shooting stars” in the fall of 1906, 1907, 1908, 1914, 1916 and 1917 (Joshi, 2005).

In addition to the Leonids, the Taurid meteor showers will begin on the 12th of November. These meteor showers originate from material from Comet 2P/Encke. Lovecraft noted these showers in 1907 (Joshi, 2005). However, the real event in November is a Super moon, where the moon will be the largest it will appear in almost 70 years.

Meteors in the Night Sky by Linda Cook (www.earthskyscience.com)

A Super moon, also known as the Beaver moon or Frost moon, is a full moon that occurs when the moon’s elliptical orbit brings it closest to the Earth. This unusually large moon will occur on the 14th of November (Monday). The Super moon will look 14% larger than normal and will be 30% brighter than an average full moon!  This is a once in a life time event so check it out if you get a chance. The last Super moon was in January of 1948 and the next one is not expected until November of 2034. By the way, the Super moon is not the Harvest moon, which is a full moon that occurs closest to the autumn equinox.

While Lovecraft periodically mentions the Harvest moon in his astronomical essays, there is no mention of Super moon, which is not surprising since it is not an official astronomical term and was not given its name until 1979. In addition, the term Super moon was first coined by an astrologer. Given Lovecraft’s total contempt for the pseudoscience of astrology he probably would have used one of the alternative names such as Beaver moon or Frost moon. However, again, if you get a chance please check out the Super moon this Monday (14th of November) – who know what the moon brings? Thank you – Fred.

Before we move onto the last point of discussion regarding the Elder Ones and Shoggoths, I wanted drift a little off that topic to provide a few notes on Lovecraft and his fascination with the Moon.  As anyone who reads Lovecraft knows, the Moon is an important componet to his stories.  From Moonbeasts, to the “gibbous moon”, to the Moon Bog, to the “horned moon”, and cats flying to the moon, our natural satellite has always had a strong fascination for HPL. 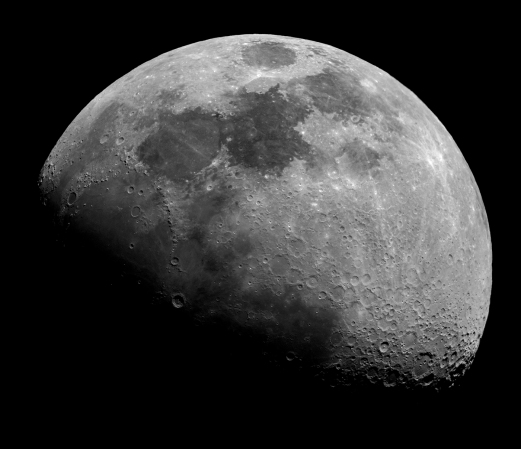 Gibbous Moon (commons.wikimedia.org)
While the moon obviously had a strong impact on HPL, he was also very interested in our satellite from a astronomical point of view and wrote a number of articles on the moon.  Based on S.T. Joshi’s Collected Essays, Volume 3: Science, these articles on the moon were written by HPL between the years of 1902 – 1915.  In his article “My Opinion as to the Lunar Canals” (probably written in 1903; Joshi, 2005), HPL mentioned Prof. Pickering’s theory that the moon has streaks of vegetation.  In that article HPL provided no support for this theory, or more appropriately described as a hypothesis, stating, “…any intelligent astronomer would consider it [life on the moon] unworthy of notice, as our satellite is wanting in both water and atmosphere, the two essentials for life either animal or vegetable.”

In Lovecraft’s small treatise on the moon (written in November 1903, revised in July 1906), he noted that by the 17th century scientists determined that the moon was probably devoid of life, water or atmosphere.  However, HPL also mentioned that recently (in the early 20th century) it has been “demonstrated that life is not yet completely absent, and that the moon possesses a thin atmosphere, low vegetation, hoar-frost, and the last stages of volcanism.” (again from Joshi-edited collection of essays – Volume 3, Science).  It is interesting to note that the revision of this treatise was an Appendix which included a statement that bright streaks were found to be radiating from specific lunar craters and that Prof. Pickering of Harvard hypothesized these to be great fissures filled with hoar-frost.

Later in 1906, Lovecraft wrote an article called “Is There Life on the Moon” with the sub-title “Strange Revelations of Modern Science” (Joshi, 2005), where it discussed the possibility life existing on the moon.  Here Lovecraft states that “ever since the beginning of the nineteenth century the moon has been thought a “dead world”, but now, in the twentieth, this theory is commencing to give way to more advanced ideas.”  Specifically, Lovecraft was referring to work conducted by Prof. William H. Pickering of Harvard, who Lovecraft described as “the greatest living selenographer.”  A selenographer is one who studies the geography of the moon.

While a number of observations were made by Prof. Pickering to form his hypothesis, one of his key pieces of evidence were the small dark streaks within some of the craters that changed over time.  Pickering hypothesized that this represented seasonal growth of low forms of vegetation (Moss? Algae? Lichens?  A specific form of low vegetation is not identified).  Based on Pickering’s evidence, HPL concluded the article by stating, “….we must consider our satellite to be a body which, although not containing any high or animal life, is yet not wholly dead.”

While this idea of life on the moon obviously sparked HPL’s imagination, he still treated this concept as a scientist, stating in an article “Can the Moon be Reached by Man?” (again written in 1906) that one of the benefits of going to the moon would be to verify Prof. Pickering’s hypothesis that low forms of vegetation are present.  Again, more evidence that HPL would have made a great scientist.  Just because you wish for something to true, doesn’t make it so.  Investigations into the matter are required to support or abandon a hypothesis and HPL certainly understood this relative to the idea that the moon harbors life.

HPL also briefly refers to Prof. Pickering’s ideas in his article “The Earth and its Moon” written in March 1915.  After this article, HPL did not mention life on the moon again (at least in the Collected Essays).  While today, talking about the potential of life on the moon may seem silly, aren’t we currently doing the same thing when we hypothesize about the potential of microbial life residing in the soils of Mars or possibly in the ice-covered oceans of Europa or Triton?  Science is not math – science moves forward by asking questions and finding answers; but if a question is never asked, an answer can never be found.  HPL obviously understood this.

It is interesting to note that while this idea of life on the moon was not directly incorporated into HPL’s fiction, it more than likely had a strong influence on his stories, such as in the development of “The Dream-Quest of Unknown Kadath”.  Next time, the discussion on the relationship between the Elder Ones and the Shoggoths will continue.  Thank you – Fred

Cats on the Moon by the talented artist Jason Thompson (www.mockman.com)