Relative to the various disciplines of science, HPL is most known for his knowledge and expertise in astronomy, reflected in the large number of articles he wrote on the subject (Collected Essays, Volume 3: Science H.P. Lovecraft, edited by S. T. Joshi, 2005). However, HPL’s first “scientific” love was not astronomy but chemistry. As a child he was fascinated with the pictures in Webster’s Unabridged Dictionary of the scientific equipment and tools one would find in a laboratory (I Am Providence: The Life and Times of H.P. Lovecraft by S.T. Joshi, 2013). 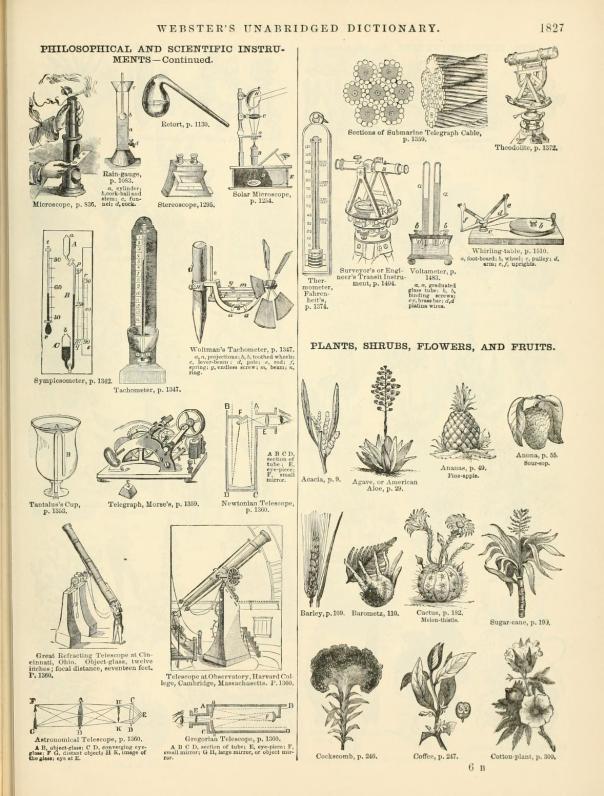 A sample of Webster’s Unabridged Dictionary (from http://www.cthulhurisinggroup.com)

His first voyage into the subject of chemistry was the purchase of some chemistry equipment and the book The Young Chemist by Professor John Howard Appleton of Brown University. Besides experimenting and the occasional explosion in the cellar or fire in the field, HPL wrote on the subject of chemistry. While HPL did not graduate high school, based on his transcripts of completed courses he received his highest grades in Chemistry and Physics, a 95% in each. (S.T. Joshi, 2013).

Apparently HPL wrote a six-volume series on chemistry and based on a catalogue of his work, compiled in 1902, two of these volume were completely lost while the remaining four have the titles Chemistry, Chemistry, Magic & Electricity, Chemistry III and Chemistry IV (Collected Essays, Volume 3: Science H.P. Lovecraft, edited by S. T. Joshi, 2005). Unfortunately, the material that does exist is illegible (S.T. Joshi, 2013). 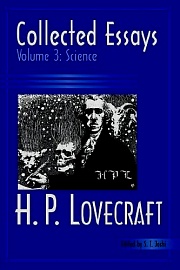 While the treatises focused on matters such as the operation of a carbon cell battery, gases and explosives (naturally, all young chemists are fascinated with explosives; it’s what typically draws them to the subject in the first place), HPL apparently produced a number of other smaller works with titles such as Iron Working, Explosives, Static Electricity and A Good Anesthetic. These smaller works are estimated to be written around 1899 (S.T. Joshi, 2013) so HPL would have been around nine years old. Just as a side thought – why would a nine year old be so versed in the science of anesthetics!

As with other branches of science, HPL’s knowledge and personal experience with chemistry found its way into his stories such as The Colour Out of Space. The inclusion of basic chemistry into this tale only increases the presented level of scientific credibility. For next several articles we will be discussing The Colour Out of Space, beginning with a physical and chemical assessment of the rock-like material that fell on the Nahum Gardner’s farm.

After Nahum Gardner witnessed the meteor falling from the heavens he went into town to tell everyone about this occurrence. The next day three professors from Miskatonic University visited the farm to collect a sample of the meteorite. Nahum and his wife noted that the object appeared to have shrunk overnight but the professors thought that unlikely. The meteorite did not appear to cool down since the previous day and when a sample was taken with a geologist’s hammer it was soft, almost plastic. It was also noted that it glowed faintly in the evening. Further examination of the material confirmed that it remained hot and would not cool and was continuously shrinking.

Once in the laboratory a number of fairly common chemical tests were conducted; many of these tests are fairly routine in identifying an unknown compound or material. First, when heated the sample produced no occluded gases, which are gases that are trapped in minerals and are released when heated. 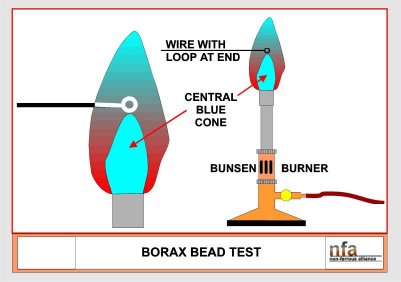 Metals are typically hard, shiny substances that are malleable under heat and can conduct both electricity and heat. The collected sample was described as being highly malleable and had a dark luminosity. The meteorite sample was also described as magnetic. There are four basic types of magnetism; superconductor (strongly repelled by special compounds at low temperatures), diamagnetic (weakly repelled by all materials), paramagnetic (weakly attracted by specific elements like oxygen, tungsten and aluminum) and ferromagnetic (strongly attracted by materials that contains iron, cobalt or nickel). The one that we typically think of in our everyday lives is ferromagnetic. Not all metals are ferromagnetic, again a substance needs to have iron, cobalt or nickel to exhibit strongly attractive magnetism. However, HPL described the meteorite sample as being metal and magnetic. Does this mean that it contains iron, cobalt or nickel? Not necessarily. For astronomers the term “metal” refers to all elements other than hydrogen and helium, which account for the majority of the matter in stars and the visible universe (this obviously excludes dark matter). Given HPL’s strong interest in astronomy, he more than likely used this more generalized term of metal. Therefore, the meteorite could be described as being an unknown metal that is ferromagnetic yet contains no iron, cobalt or nickel.

The meteorite sample was also described as being non-volatile, which simply means it does not evaporate into a gas under a specific set of considerations. In my line of work we are very interested in the whether a substance is volatile, semi-volatile or non-volatile since this will determine its mobility in water or soil and, in turn, it’s potential for negative impacts on the environment and associated organisms. However, HPL was referring to the material as being non-volatile in describing its basic chemical properties. Specifically, he mentioned that the material was non-volatile even when an oxy-hydrogen blowpipe was used. 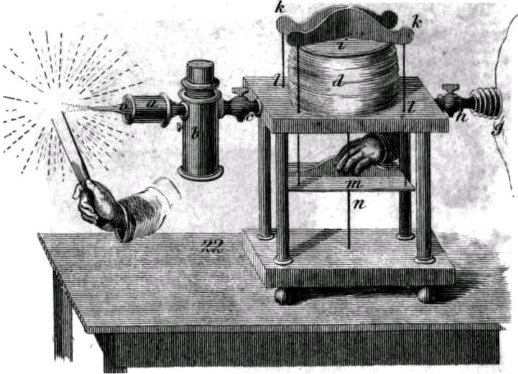 Illustration of an oxy-hydrogen blowpipe from 1827 (www.en.academic.ru)

The oxy-hydrogen blowpipe was developed in the early 19th century and used to produce a high temperature flame (The New Annotated H.P. Lovecraft edited, forward and notes by Leslie S. Klinger, 2014). The device was used in a number of material processes and scientific investigations. For example in the early 19th century it was the only means of working with platinum since it could attain the temperature needed to melt this metal (1,768.3 °C or 3,214.9 °F). Thus, based on the analyses conducted at Miskatonic University, even temperatures as high as those generated by an oxy-hydrogen blowpipe could not impact the meteorite sample, or at least could not volatilize it.

Thus, so far we have a meteor that fell from the stars that is magnetic but does not contain iron, cobalt or nickel (more on that later), generates its own heat and luminosity, is not volatilized at temperatures in excess of 3,000 °F, yet itself is slowly shrinking.  Some very strange material indeed. Next time we will continue are investigation into the chemical nature of the meteorite in HPL’s “The Colour Out of Space.” Thank you – Fred.