In the previous article I described HPL’s ghouls as being detritivores; that is, they feed on dead bodies.  After a little more research I feel this ecological description is inaccurate.  However, before that is explored further I do want to briefly review cannibalism and the ghoul.  Cannibalism is a form of predation among individuals within the same species.  Even if ghouls are essentially considered to be a sub-species of Homo sapiens, their mode of feeding is not cannibalism.  Cannibals, focus solely on humans, typically kill their prey and eat or prepare the meat fairly quickly – either preserving it or cooking it for consumption.  The key to cannibalism is that the meat is fresh, whether eaten raw or cooked.  In contrast the ghoul needs the meat to putrefy or decompose for a period of time before it is palatable.

As previously described a better description of cannibalism by HPL is in “The Picture in the House” or in “The Rats in the Walls.”  Here we have individuals or communities that are largely isolated from society and civilization that resort to cannibalism to sustain their existence.

Originally, I described ghouls as being detritivores; that is, they may or may not be eating the same species but the key is that they are feeding on biomass that has been dead for a considerable period of time.  The formal, ecological definition of a detritivore is an organism that feeds on fragmented, particulate organic matter (A Dictionary of Ecology, Evolution and Systematics by R.J. Lincoln, G.A. Boxshell and P.F. Clark; Cambridge University Press, 1988).  Examples of common detritivores are earthworms, pill bugs and crabs (see below). 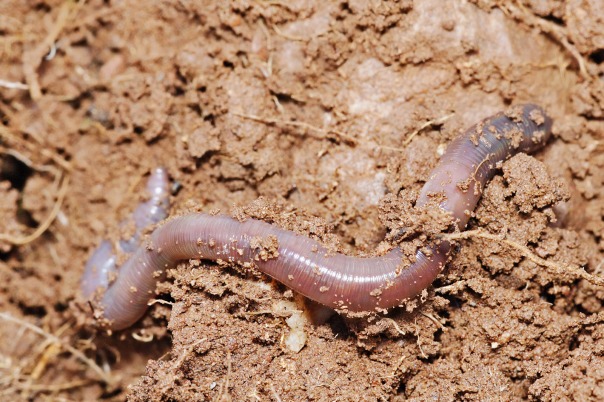 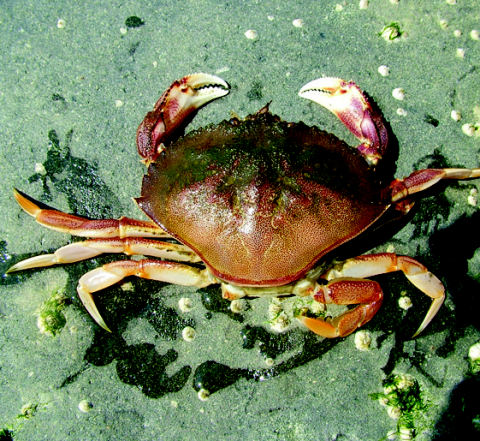 While detritivores are common throughout all Terran ecosystems, I am particularly familiar with them in freshwater ecosystems such as ponds and streams.  Shown below is a simplified food web for a stream ecosystem.  Please note that macroinvertebrates (essentially aquatic insects and other invertebrates you can see without the need of a microscope) are described as shredders, collectors, scarpers and predators.  The predators feed on the other invertebrates, while the collectors collect organic particulates (algae, bacteria organic particles) flowing through the stream.  The scrapers feed off the algae, bacteria and organic matter attached onto rocks or plants (some of this may be dead material).  However, the shredders are full time detritivores.  This group of organisms takes large organic material, like the leaf litter that falls into the streams, and grinds / tears the larger particles into smaller particles.  These smaller, partially digested particles can then be decomposed at substantially faster rates by bacteria and fungi than they could if the material remained as large leaves.  Thus, detritivores are an important link between the large pieces of organic matter and smaller pieces that can then be further decomposed on a microbial level, releasing nutrients that can be used by plants and algae.  Again, the key is that detritivores grind large particles into small particles for the decomposers.  However, the material they feed on can be leaf litter (macroinvertebrates), soil (earthworms) or the corpse of a whale (crabs and hagfish).

Given this broad definition of a detritivore and their ecological role in making big particles (a large part of which can be plant material) into smaller particles to increase the rate of decomposition, I feel this does not accurately describe the ecological function of the ghoul.  Looking into it further, I think the ghoul is best described as necrophagous – that is, exclusively feeding on dead material (Lincoln, Boxshell and Clark, 1988).  The most well-known necrophagous animals are fly (Order: Diptera) larvae, known as maggots.  Maggots feed almost exclusively on dead animal matter.  In fact, maggots are so good at feeding only on dead tissue and biomass that some species are used in maggot theory.  That is, these maggots raised under sterile conditions can be used to disinfect or remove dead tissue from a wound.  In addition, it has been demonstrated that through the release of specific lysozymes (a specific set of enzymes that are known to damage bacterial cells) the feeding of these maggots on injured / dead tissue can also help to reduce the potential for bacterial infections.

I propose that ghouls are necrophagous; they feed specifically off the dead or dead animal biomass in general.  They are not predators, which attack, kill and consume their prey immediately.  While in desperate times in the absence of food ghouls may attack and kill to produce food, they will not consume this food immediately.  The food must partially decompose to be palatable to the ghoul.  As I previously mentioned, there is probably some biochemical or physiological reason why ghouls cannot eat fresh meat.  Perhaps they do not have the enzymes needed to digest and assimilate the largely in-tact proteins.  In addition, I am sure they do not have the microfauna in their intestines to digest and break apart cellulose and other plant matter to obtain energy as an herbivore.

I hypothesize that the ghoul is essentially a necrophagous being, feeding off dead animals, primarily mammals, including humans.  While this is a detritivorous mode of feeding, it is a very specialized form similar to the larvae of flies.  Both forms of life feed on the dead by breaking up the biomass into smaller pieces with higher amounts of surface areas that allow bacteria and fungi to decompose this material at accelerated rates.  However, in both cases the biomass they consume must be dead for a period of time before they can be assimilated.

Thus, ghouls may provide a valuable ecosystem benefit in contributing toward the decomposition of organic matter and the recycling of nutrients and energy back into the global food web.  As some of the readers of this blog have cited in the comments, such ecosystems benefits may be particularly useful in times of war or plagues when the amount of dead is substantially higher.  Next time we will discuss possible practical applications of the ghoul’s biology.

Finally, I do want to thank everyone who has supported and contributed toward the Kickstarter (https://www.kickstarter.com/projects/1081353216/journal-of-lovecraftian-science-volume-1), which currently has less than 14 hours to go.  We made our original threshold as well as two additional thresholds.  Once again, thank you!  Fred.