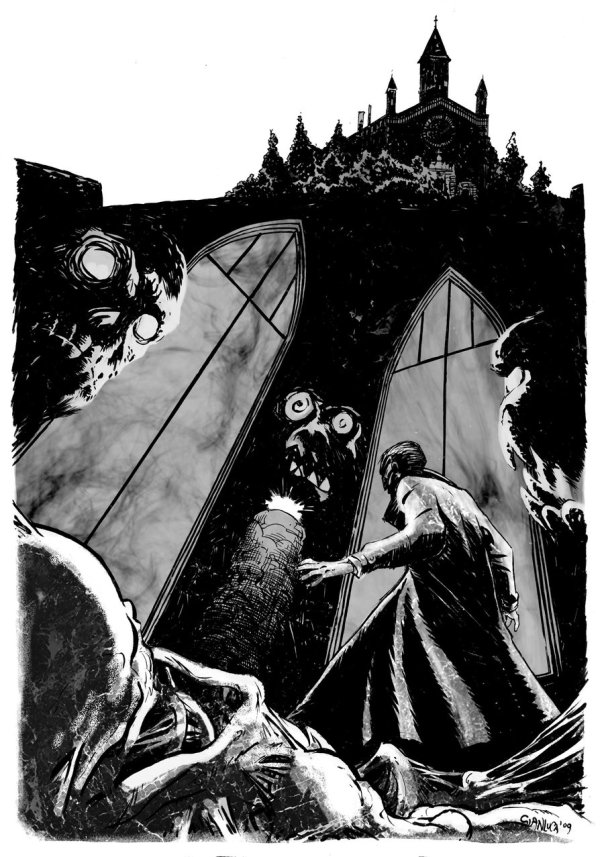 Toward the end of H.P. Lovecraft’s “The Haunter of the Dark,” it is casually mentioned that a Doctor Dexter threw the strange box and Shining Trapezohedron into the deepest channel of Narragansett Bay. Based on information provided by the University of Rhode Island and US EPA, the mean depth of the Bay is 26 feet, while the deepest part of it is in the East Passage where it is 184 feet. One might wonder why the Doctor threw the box and stone into the deepest part of Narragansett Bay if darkness summons the Haunter.  However, there are two things to keep in mind. First, as we discussed in previous articles, the Shining Trapezohedron appears to remain “dormant,” even in complete darkness, unless first observed by a sentient entity. This two-step progress involves someone looking into the Trapezohedron and then placing it in complete darkness, as Robert Blake did in the Haunter the Dark. Remember when Blake first discovered the Trapezohedron in the Church steeple it was in complete darkness and it was not until he looked into the stone and then closed the box that the Haunter was summoned.

Second, while the deepest part of Narragansett Bay is 184 feet, it is possible that enough photons of light could still reach the Shining Trapezohedron to prevent the Haunter from entering our Space-Time.  Light can actually be detected in the ocean as far down as 1,000 meters (3,300 feet), although significant amounts of light are only detected at depths of 200 meters (660 feet) or less (www.noaa.gov). In the case of the Bay, particularly in the early 20th century, water clarity was probably considerably less than the open ocean. Estuary ecosystems tend to be far more productive than the open ocean, meaning there is more phytoplankton in the water reducing water clarity.  Additionally, in the early 20th century there was minimal treatment of point or non-point source pollution, which also increased the amount of turbidity in the waters of the Bay. For the sake of this discussion, if we assume that due to natural turbidity and pollution, the water clarity of Narragansett Bay was only 10% of the open ocean, then significant amounts of light could only be detected down to a depth of about 20 meters (66 feet).  Thus, the Shining Trapezohedron may indeed have been in complete darkness at the bottom of the Bay.

Narragansett Bay – not the East Passage is just south of Prudence Island (www.nbnerr.org)

Based on the end of “The Haunter of the Dark” it was assumed that the doctor did not stare into the Shining Trapezohedron before he threw the thing into the Bay. However, according to Robert Bloch’s “The Shadow from the Steeple,” which is the third in the “Haunter Trilogy,” this was not the case. According to that tale Doctor Ambrose Dexter did stare into the Shining Trapezohedron before depositing it into the depths of the Narragansett. More than likely once the stone was in complete darkness the Haunter once again had access to our Space-Time. In “The Haunter of the Dark” the creature attempted to somehow merge with Robert Blake and failed, possibly due to the light associated with a flash of lightning banishing it back to its own reality before it could complete this task. However, unfortunately the stress of actually seeing the Haunter coming after him was too much for Blake and he died or heart failure or some other associated cause. In the case of Dr. Dexter, it appears the transfer was successful.

Based on the investigations of Edmund Fiske, the protagonist of “The Shadow from the Steeple,” Dr. Dexter was a true avatar to Nyarlathotep. Comparing Dexter to the other documented instances or encounters with the Haunter, Robert Blake appeared to be a failed attempt to become an avatar. In this case the flash of lightning probably neutralized the Haunter before the “merging” could be completed. The case of Nephren-Ka is a little more complex.

In the case of the Black Pharaoh there appeared to be an exchange of some sort between Nephren-Ka and the Haunter but not a merging. Nephren-Ka would gain the power to foresee the future for the 100+ people sacrificed to the Haunter and Nyarlathotep. There is no evidence that Nephren-Ka became an avatar since he was trapped in his tomb, doomed to record the future history of humanity on the crypt walls. Maybe this was a failed experiment on Nyarlathotep’s part to become stable enough to exist in our Space-Time on a more permanent basis and the “discarded by-product” of this failed experiment was the half-crazed Nephren-Ka trapped in his own tomb documenting Earth’s future history.

In any event, in these last two cases the Haunter appears to be a “carrier” for Nyarlathotep, the way a mosquito is for a parasite such as the parasitic protist Plasmodium that is the cause of Malaria or the virus from the family Flaviviridae that is the cause of West Nile Disease. Thus, the Haunter is essentially the mosquito, while Nyarlathotep is the parasite that secures itself in its host. This may be an effective means of overcoming the problem of existing in our Space-Time. Indeed, in the “The Shadow from the Steeple” after years of investigation and finally confronting Dr. Dexter Fiske states that:

“There is no Dr. Dexter. There hasn’t been any such person for many years now. There only the outer shell, possessed by an entity older than the world…” and

“The Trapezohedron was thrown into the Bay, and soon from the sea came this noxious birth – your birth, or incarnation in the body of Dr. Dexter.”

Apparently, existing as some sort of inter-dimensional parasite was fairly successful for Nyarlathotep. Based on Fiske’s documentation, once Nyarlathotep occupied Dr. Dexter’s body his interests turned from medicine to high energy particle physics. Within a short amount of time the Dr. Dexter became a known expert in nuclear physics and directly involved in working with the team of scientists developing the H-bomb. The H-bomb or hydrogen bomb is a thermonuclear weapon that uses energy from a nuclear fission reaction (atoms are split into small parts, releasing high energy neutrons and gamma photos) to trigger nuclear fusion (two or more atomic nuclei come close enough to form different atomic nuclei and subatomic particles) reaction. Such two-stage nuclear weapons generate substantially larger amounts of explosive power.  Typically, isotopes of hydrogen are what is being fused, thus the name hydrogen bomb or H-bomb.

The hydrogen bomb that exploded as part of a test codenamed “Castle Bravo,” above, was the largest nuclear device ever detonated by the United States. Photograph courtesy U.S. Department of Energy. (wwwnatgeo.com).

It should be noted that nuclear fusion generates substantially larger amounts of energy relative to nuclear fission. In fact, nuclear fusion is the power the generates the energy, power and light in most stars. Thus, while man may have created atomic weapons, based on Fiske’s account, Nyarlathotep may have had a hand in guiding humanity toward the utilization of the power of the Cosmos – essentially the engine of the stars – in the creation of weapons of mass destruction. 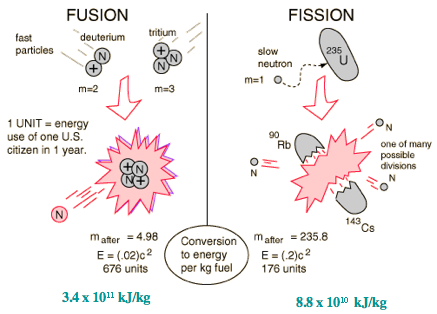 Unfortunately, there is no account of Dr. Dexter since Fiske’s documentation, as recorded by Robert Bloch in “The Shadow from the Steeple.” Maybe the parasitic mode of life for Nyarlathotep was limited to a period of years and it eventually left the host. Or, maybe once the knowledge of the H-bomb was given to humanity, Nyarlathotep recognized its task was complete. However, why give such knowledge to humanity? Is it to “clear the Earth” as Wilbur Whateley once stated in “The Dunwich Horror?” Or is it to generate enough energy to open a stable door or “wormhole” to either allow the Earth to enter the Space-Time of the Old Ones or allow them to come to ours? Until any additional information is found on Dr. Dexter we may never know. Hopefully we as a species will not help Nyarlathotep accomplish his task whatever it is.

For the next few weeks I will be posting smaller articles on-line so Steve and I can focus on and wrap up the Journal of Lovecraftian Science, Volume 2. For 2017 we will be discussing other Lovecraftian subjects with an emphasis on The Dreamlands. Thank you – Fred.