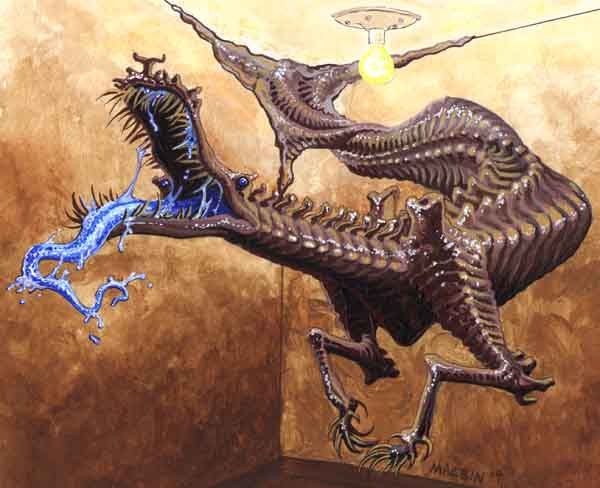 This passage from Frank Belknap Long’s “The Hounds of Tindalos” may be a direct reference to the existence of multiverses, stitched or linked together not spatially but on a temporal basis, through time.  Some evidence suggests that space-time was created as a result of the Big Bang.  Additionally, while these universes may be completely inaccessible to one another, at least with what science currently tells us, they may have the common thread of time (see the lower right hand section of illustration below).  Thus, if the Hounds can travel outside of space and time, they may have the ability to move from one multiverse to another.

In the same paragraph Long does go on to say, “Human beings as we know them are merely fractions, infinitesimally small fractions of one enormous whole. Every human being is linked with all the life that has preceded him on this planet. All of his ancestors are parts of him. Only time separates him from his forebears, and time is an illusion that does not exist.”

This second half of the paragraph sounds like some of the text that Clark Ashton Smith used to document the dissolution of Paul Tregardis in “Ubbo-Sathla.” As Paul gazed into a strange orb-like crystal he, “…seemed to live unnumbered lives, to die myriad deaths, forgetting each time the death and life that had gone before.” Also, “Life by life, era by era, he retraced the long and groping cycles…” These passages indicate that they may be a way for humans to remove themselves out of our space-time and/or perceive the multiverses at the same time, in effect traveling through time. In the case of Paul Tregardis this was accomplished through the use of a strange, milky orb-like crystal, while in the “Hounds of Tindalos” Halpin Chalmers accomplished this with the use of the drug Liao. In each case there was a terrible price to pay. However, these similarities of traveling through space-time through the interconnectedness of a specific entity does beg the question – is there some relationship between Ubbo-Sathla and the Hounds of Tindalos? 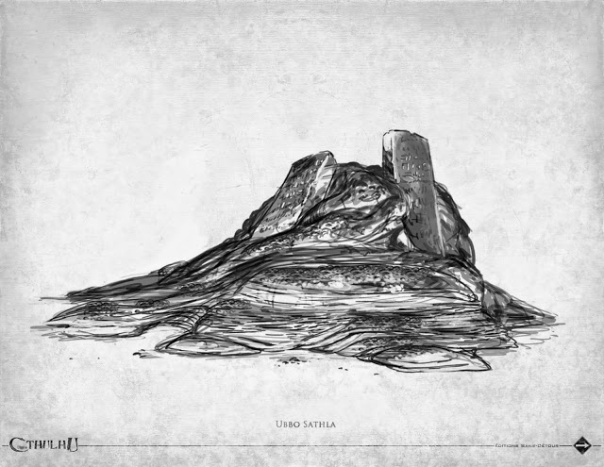 Is there a connection between the Hounds and Ubbo-Sathla? (www.brawlofcthulhu.blogspot.com)

One of the main points made about the Hounds is that they are residents of “angular time.” Humans, our world and our universe is all structured as curved space-time. While this is an extreme oversimplification, our three-dimensional space is curved in the fourth dimension of time (Nothing: A Very Short Introduction by Frank Close; 2009). As Einstein demonstrated the gravity associated with mass in universe bends or curves light and space. Gravity is also the reason way planets and stars are spherical. In addition, nature itself is very curved.  For example, cells are spherical and details measurements of the human brain currently being conducting are using tools associated with curvilinear space.  Straight lines are somewhat rare nature while curves clearly dominate the nature world (see below). Another way of describing our curvilinear universe is by calling it non-Euclidean. Thus, we are very non-Euclidean, curvilinear organisms. 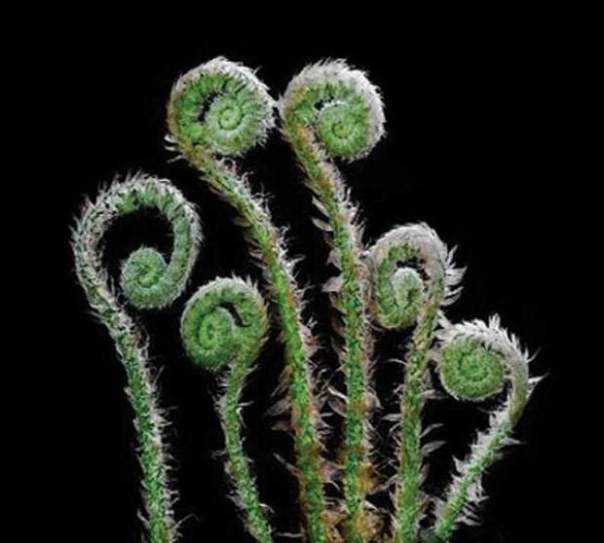 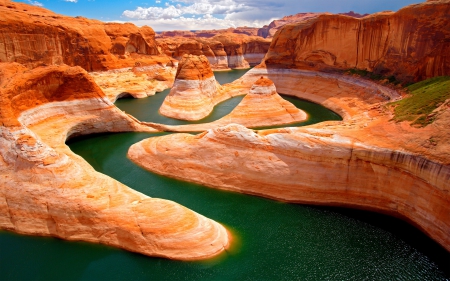 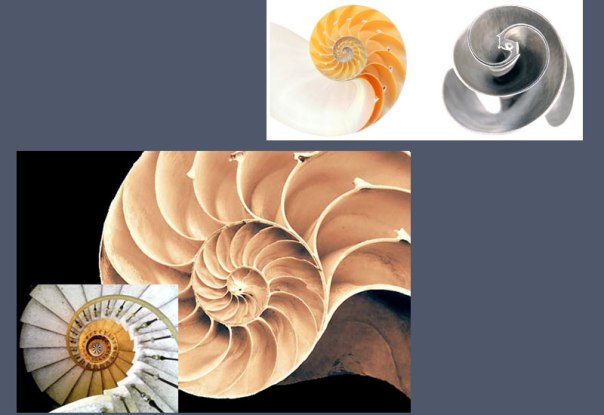 Examples of the non-Euclidean structure of nature

While nature is very non-Euclidean humans are far more comfortable in Euclidean geometry and engineering. The Euclidean approach to design and building has served our civilization well over the centuries, through the building of the pyramids to the construction of bridges to the design of space probes, we depend on Euclidean mathematics and geometry in our everyday life. We depend on it so much so that when confronted with the non-Euclidean geometry of Cthulhu’s city of R’lyeh we are disoriented and confused (of course complicating this are other distortions in our space-time relative to Cthulhu itself but that is another discussion). So what does all of this have to do with the Hounds of Tindalos?  Based on Chalmers use of the drug Liao and his investigations, the Hounds are a form of Euclidean life that is very different from organisms within our curvilinear universe. Thus, while we exist in a curved space-time, the Hounds must reside within an angular (Euclidean) space-time. Chalmers called our curved universe “pure” while the angular universe as “foul.” I think this was more of an anthropomorphic attempt to express the strangeness of the Hounds’ angular, Euclidean universe. 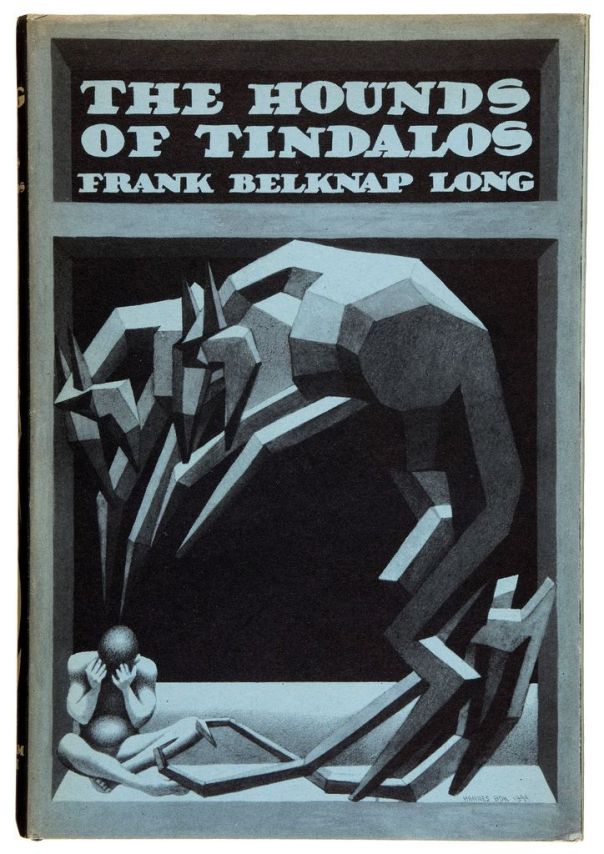 Hannes Bok’s interpretation of the Hounds of Tindalos may have convey their true angular, Euclidean structure and biology

If the Hounds are essentially a form of angular life, this would contribute toward the idea that they live outside of our space-time and can only enter our reality through angles. In a strange way, our Euclidean approach to architecture and engineering has made it easier for the Hounds to enter our reality. As our civilization has become more technologically advanced and continues to move more away from nature, the more Euclidean we have become. Think of all of the buildings, structures, machines and devices that now exist. From the world’s largest buildings to the smallest personal devices, there are a countless number of angles for the Hounds of Tindalos to enter our space-time. Is this why many of the Old Ones (e.g. Cthulhu) and other alien civilizations (e.g. Elder Things, Mi-Go) avoid the use of Euclidean geometry? To avoid opening a portal between curved space-times and angular space-times? If the portal was large enough would a collision between universes create another Big Bang? Chilling questions to say the least.

Next time we will talk about the “biology” of the angular, Euclidean Hounds of Tindalos. Thank you – Fred.

2 thoughts on “The Hounds of Tindalos, Part 2: Residents from an Euclidean Space-Time”