While Miskatonic University is well known for its Department of Metaphysics and various other departments representing the physical and natural sciences, Miskatonic also has a well-established Medical School. Herbert West received his medical degree from Miskatonic; his own personal research involved reanimating the dead. His colleague and assistant Dan Cain, not named in H.P. Lovecraft’s tale “Herbert West – Reanimator” but named so in Stuart Gordon’s film Reanimator, also received his medical degree from Miskatonic University. It is Cain who documents West’s progress and their adventures through the tale.

In the tale West develops a serum that can bring the dead back to life. While he experimented on a variety of mammals he eventually came up with a serum specifically designed for humans. Although there is no detailed explanation on the biochemical components of the serum, or on how it specifically operates to reanimate the dead, apparently the serum was species-specific. Thus to perfect the serum West needed human test subjects; lab animals were not effective surrogate models for the serum. 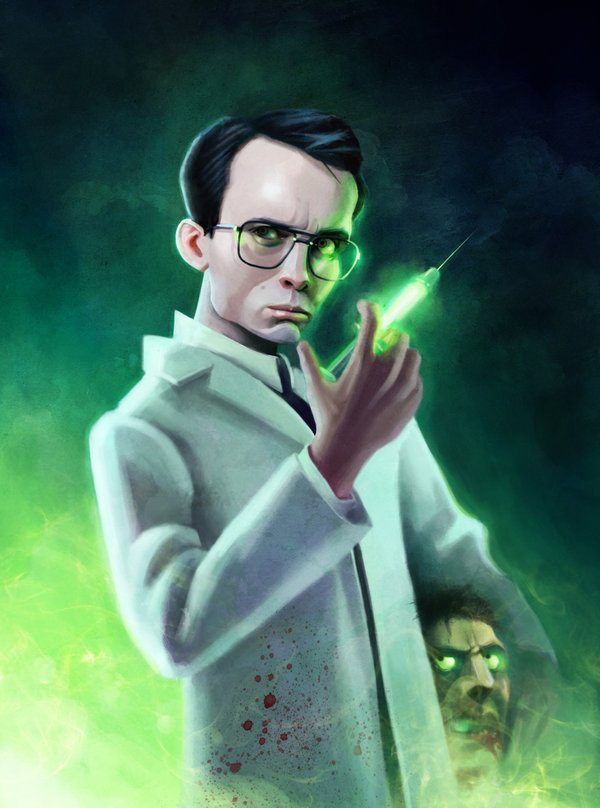 In addition to being species-specific, there are some additional limitations associated with the serum. For example, the “condition of the tissues” is an important factor in determining the success of the procedure. The serum does not work if actual decomposition has set in or if vital organs are missing or damaged. In addition, it should be emphasized that the reanimated are not undead – that is, they are not zombies. Physiologically the body is operating; in a sense it has been “kick started” back to life. However, it is the limitations associated with the brain that prevents full recovery.

The brain controls of our bodily functions and actions; electrical impulses travel from the brain down our spinal cord and into the nervous system throughout our body. Thus, when you reach for a glass of water your brain is giving the command, it travels down the spinal cord and into your nerve cells in your hand, which commands your muscles to contract and your bones to move to grab that glass. This is a two-way street. If you pick up a hot cup of coffee and it burns your hand, the pain is registered as an electrical impulse, which travels to your brain warning you, “hey this is really hot!” You immediately drop the coffee but the brain is warning you about the heat – through pain – so you don’t experience large-scale tissue damage. 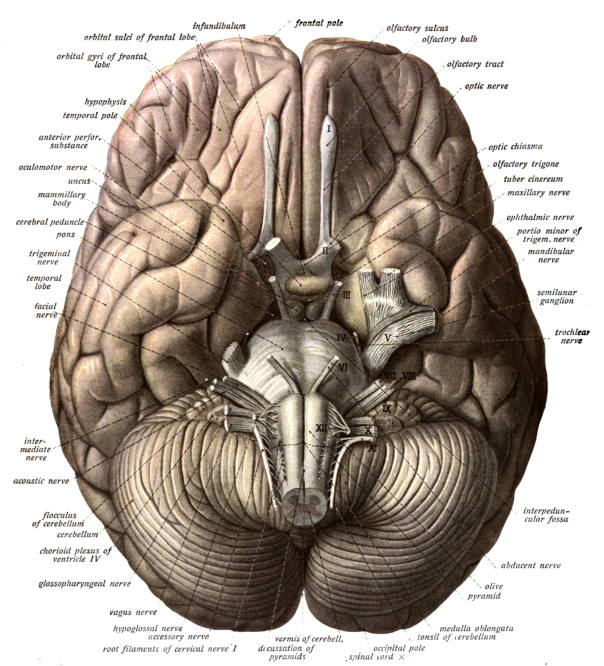 Ironically, while the brain can feel pain from all over the body, it cannot feel pain itself (www.science.howstuffworks.com). Additionally, the brain cannot store oxygen or nutrients (glucose) so it is highly dependent on the rest of the body to keep it fueled. Brain death occurs when the brain is not receiving the oxygen and nutrients it needs to operate.  Fueling the brain and the rest of the body is the job of the circulation system, which obviously includes the heart.

The brain can survive for up to six minutes after the heart stops. After six minute the brain begins to die. However, even within the six minutes a certain amount of brain damage may occur, which is why anyone experiencing a cardiac arrest needs cardiopulmonary resuscitation (CPR) as soon as possible – to get oxygen and nutrients back to the brain and minimize brain damage. Still, even with some types of brain damage medical care and rehabilitation may restore lost functions and individuals can re-learn essential activities. In the case of Dr. West the line “they just weren’t fresh enough” is referring to brain death. The wild, erratic and murderous actions of the reanimated are at least partially due to the varying degrees of brain damage the patients experienced prior to reanimation. However, a large part of their wild behavior and other symptoms, such as super-strength, must be side-effects associated with West’s serum.

West tries to circumvent this limitation associated with the brain in a number of ways and we will get into that in later episodes. However, I would like to conclude this discussion with the philosophy of Herbert West. Much like H.P. Lovecraft West is a Materialist in his view of reality – that is…”all life is a chemical and physical process, and that the so-called “soul” is a myth.” This point was made by a number of others including S.T. Joshi (I Am Providences: The Life and Times of H.P. Lovecraft, 2013) and Kenneth Hite (Tour de Lovecraft: The Tales, 2011), that Lovecraft’s Mechanistic Materialism philosophy is clearly shared by Herbert West. While Cain also seems to share this Materialist philosophy twice in the tale, once toward the beginning and once toward the end, Cain expresses some curiosity for what the patients can tell them about what is beyond death.

Early in the tale Cain states he “…wondered what sights this placid youth might have seen in inaccessible spheres, and what he could relate if fully restored to life.” Later, when referring to West’s Materialist philosophy Cain states, “I did not wholly disagree with him theoretically, yet held vague instinctive remnant of the primitive faith of my forefathers; so that I could not help eyeing the corpse with a certain amount of awe and terrible expectation.” According to Joshi, Lovecraft is poking fun at both his own Materialist philosophy as well as those who are religious and believe in the existence of a soul (Joshi, 2013). However, I think this could also be part of Lovecraft’s curiosity peeking out. While a staunch Materialist, I’m sure Lovecraft would have been very excited to hear what someone who has died and come back to life had to say; while he was a strict atheist, I’m sure he would have been interested to hear what a reanimated corpse saw in the inaccessible spheres.

Next time we will discuss in more detail the reanimated serum and how it may have worked. Thank you – Fred. 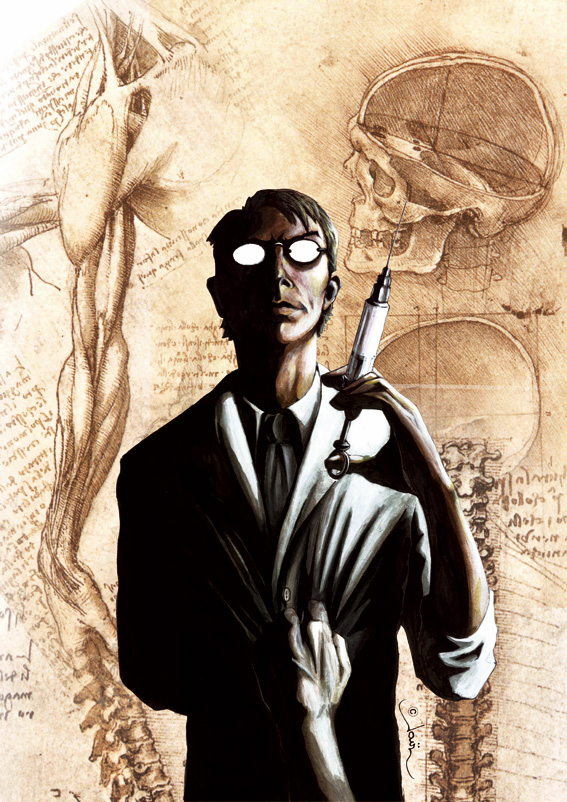 1 thought on “The Science of Reanimation, Part 1”