The previous article was a very brief review of some of Albert Einstein’s accomplishments in theoretical physics.  This article will provide some information on what HPL thought of Einstein’s work, while a subsequent article will then review how HPL incorporated some of Einstein’s ideas in his stories. 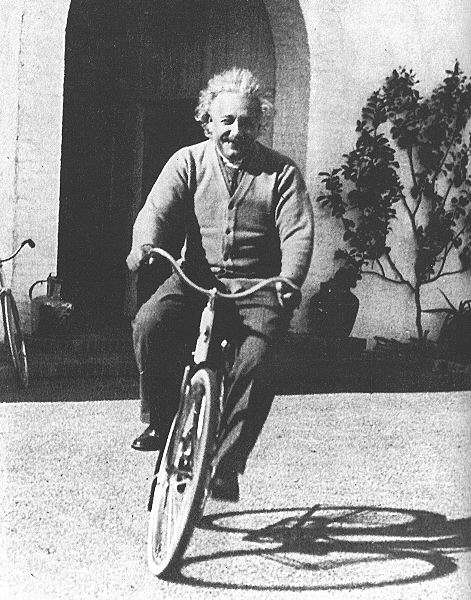 Like many in the scientific community at the time, HPL had a lot of reservations and was very skeptical about Einstein’s Theory of General Relativity.  It wasn’t until the first empirical test was performed and supported Einstein’s theory, that the skepticism of both the scientific community and HPL started to decline.  This support came in 1919 when measurements on how light from a star  shifts  as it passes close to the Sun during an ellipse were made.  These results confirmed Einstein’s theoretical ideas. However, in addition to providing evidence toward Einstein’s theory, this progress in theoretical physics had a profound and philosophical impact on HPL.  For example, in a letter to his friend James F. Morton, HPL says that Einstein’s Theory of Relativity throws our world and perception of reality into chaos, making the cosmos a jest or as HPL put it: “All the cosmos is a jest, and fit to be treated only as a jest, and one thing is as true as another.” – HPL from S.T. Joshi’s I Am Providence:  The Life and Times of H.P. Lovecraft (Hippocampus Press, 2013).

As cited above, the empirical measurements collected during 1919 solar eclipse, which provided evidence and support for Einstein’s Theory of General Relativity, had a profound impact on HPL who said, “[the results of the experiment]….removes the last hold which reality or the universe can have on the independent mind.” – Joshi, 2013. In another instance HPL said that as a result of Einstein’s work, “All is change, accident and ephemeral illusion…” – Joshi 2013.

S.T. Joshi’s incredibly detailed, yet very entertaining, biography of H.P. Lovecraft.  A real bargain when purchased on the Kindle or a similar device.  Highly recommended.

One gets the impression reading these quotes that HPL felt vilified, and yet slightly disappointed, that his materialistic and random perception of the universe is being confirm through Einstein’s investigations.  However, as Joshi point out in I Am Providence (Joshi, 2013), much of this stems from HPL’s confusion and bafflement associated with Einstein’s theories.  Yet, HPL was not alone.  Most people found Einstein’s Theory of General Relativity hard to understand due to the complex mathematics.   Those few who understood the math still rejected it as absurd (Farndon, 2007).

Based on Einstein’s Theory and its incorporation of gravity into General Relativity, the universe should be either expanding or contracting.  Based on some of the material cited in Joshi’s book, this idea generated unease in HPL since he sided with most scientists at the time that the universe has always existed and is infinite.  It sounds like over time, HPL came to terms with this idea (Joshi, 2013).  Indeed so did most of the scientific community, particularly when Edwin Hubble’s work on receding galaxies and the red shift phenomenon (that is, Hubble’s Law – the greater the distance of a galaxy, the faster it recedes) provided additional support for Einstein’s theory.   Much of Hubble’s work was conducted through the 1920’s and early 1930’s but much of this work was not presented to the public until the mid- to late 1930’s, which may explain why I can not find any mention of Hubble’s work in HPL’s fiction or essays. 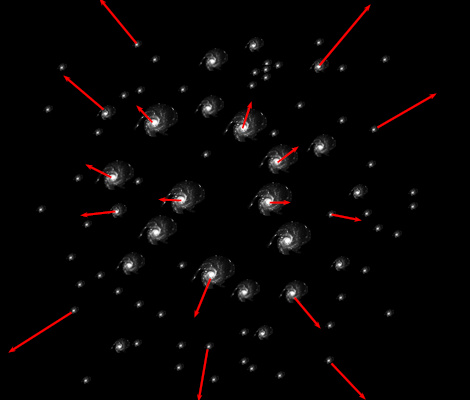 As cited above, in spite of the difficulty in understanding Einstein’s ideas, particularly those associated with Relativity, HPL did seem to come to terms with its concepts and did incorporate some of these ideas (or the idea of “breaking” some of these universal laws) into his fiction.  And while some have been critical of HPL’s use or “abuse” of Einstein’s Theories in his fiction, it was still innovative story writing at the time – using cutting edge physics and science in horror fiction.  Probably one of the most interesting “connections” recognized by HPL was the importance of non-Euclidean geometry and math in a “curved space-time” Einsteinian universe. 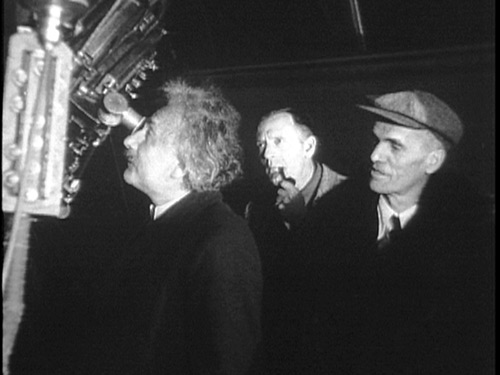 Einstein taking a break from his mathematical work and looking into the heavens with associates.

Next time we will discuss the use of Einstein’s ideas, or references to Einstein himself, in HPL’s fiction.  Thank you – Fred. 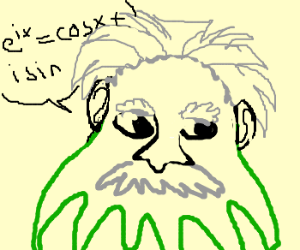 Was Einstein an Old One?  (by Retto; on drawception.com)