In the Call of Cthulhu, when R’lyeh rises from the Pacific Ocean, it is hypothesized that the structure that broke the water’s surface was “only a single mountain-top, the hideous monolith-crowned citadel whereon great Cthulhu was buried, actually emerged from the waters.”  If this is true, then R’lyeh itself may be an incredibly huge City populated by millions of slumbering Spawn of Cthulhu and the section that broke the water’s surface may be only a small tip of the entire necropolis. 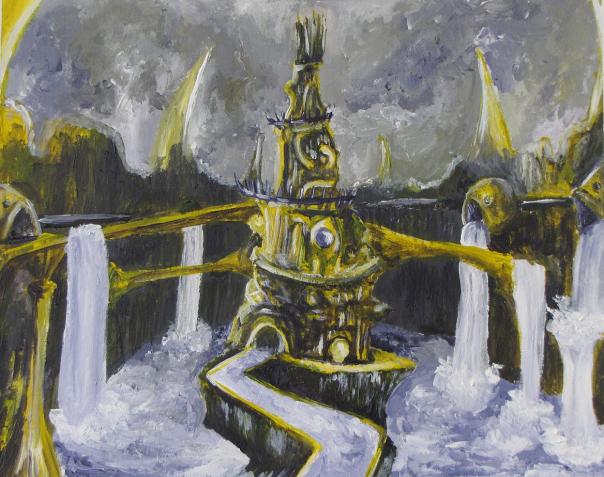 In the story Dagon the protagonist escaped a German sea-raider and found himself adrift in the Pacific Ocean.  After drifting for days, his boat ends up on a slimy, rotting expanse of “hellish black mire.”  After a few days brooding on the boat, he leaves and travels over the exposed plain to set out for a mound in the distance. 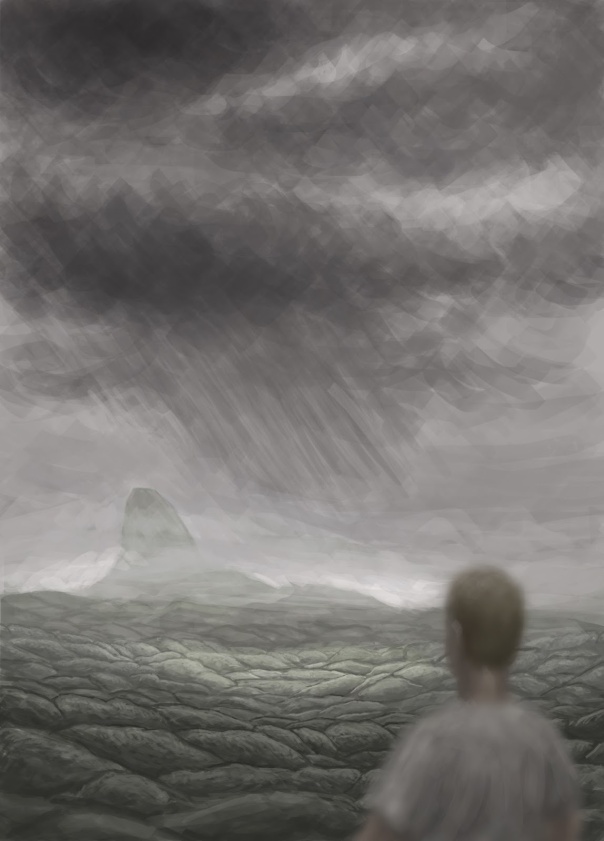 Once reaching the summit of the mound the protagonist looks down into a pit or canyon.  As he travels down the slope on the edge of the pit, he sees a gigantic piece of stone that was clearly not the work of Nature.  As he is examining the strange hieroglyphs and drawings on the large monolith in the moonlight, a large flabby thing rises from the water.  The thing looks similar to some of the creatures shown on the monolith.  It had a generally human body shape covered in scales, glassy bulging eyes, and webbed hands and feet.  The thing, supposedly Dagon, flung it’s gigantic arms around the monolith and bowed it’s head in almost a religious manner.  At this point the protagonist goes mad and runs back to his boat. 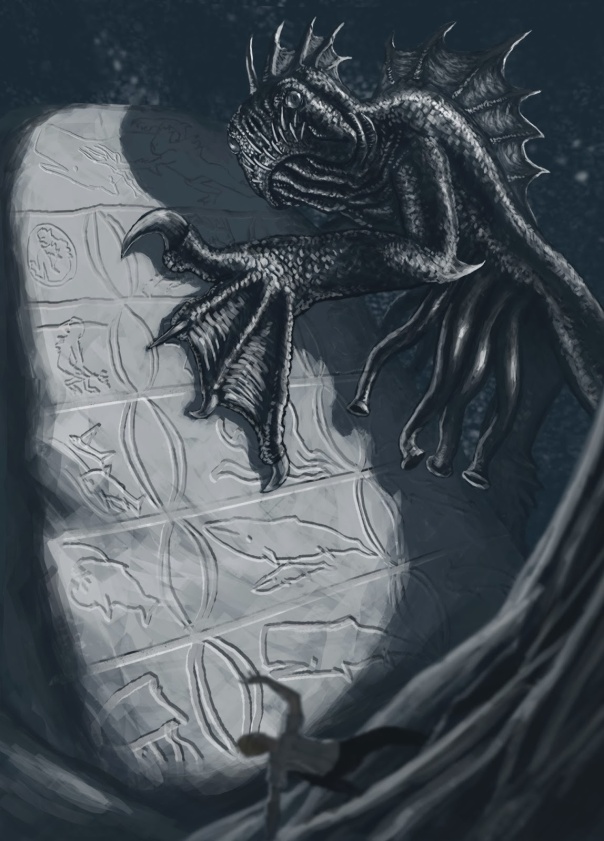 Dagon at the monolith (illustration also by Mark Foster)

Both R’lyeh and the monolith in the story Dagon are found in the Pacific Ocean.  It is possible that they are both part of the same structure?  Is it possible that R’lyeh was the upper part of Cthulhu’s City and that the monolith in Dagon and the top spire of one of the highest structures in R’lyeh?  This would all make sense if indeed Dagon is one of the “Spawn” of Cthulhu.  Maybe Dagon was out “testing the waters” so to speak when it first emerged from the Pacific in 1917.  Was Dagon a “scout” before R’lyeh came up from the bottom of ocean in 1925? 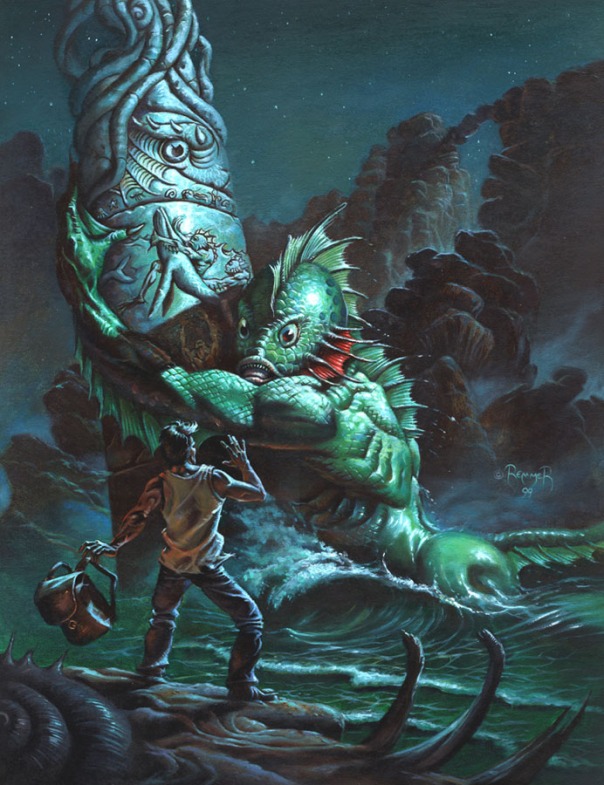 Future articles will provide additional analysis of both R’lyeh and Cthulhu.  However, next time I will shift gears a little and talk about how Einstein’s ideas on the Universe impacted HPL and the development of his stories.  Thank you – Fred

10 thoughts on “Cthulhu and Dagon: Residents of R’lyeh”